Alzheimer’s disease (AD), which was first described in 1906 by physician Alois Alzheimer, is characterized by a progressive degeneration of the brain and a decline in cognitive abilities. According to the Alzheimer’s Foundation of America, between 2.4 million and 4.5 million Americans are afflicted with this common form of dementia. The incidence rises in people over 65.
Unfortunately, there are currently no known cures for Alzheimer’s disease. However, several drugs that slow the disease’s progression have been developed, and researchers are searching for ways to prevent its onset. Two exciting recent studies suggest that compounds in olive oil may help prevent and treat AD.

More than a century after its discovery, researchers have yet to discover the cause of Alzheimer’s disease. However, advances in science and medicine have led to an increased understanding of the disease process.
In the brain of someone with Alzheimer’s disease, small protein molecules called beta-amyloid oligomers build up between the nerve cells. They harden into patches called “plaques.” Meanwhile, tangles of filaments bunch together inside of the nerve cells. Known as “neurofibrillary tangles,” these abnormal structures are made primarily from deformed tau proteins, which usually form a cellular support system called microtubules. Both the plaques and the tangles are the hallmark characteristics of Alzheimer’s disease, and are thought to contribute to the disease by compromising the function of brain cells.

How Olive Oil May Help Alzheimer’s

According to a 2009 study in the journal Toxicology and Applied Pharmacology, a compound in olive oil known as oleocanthal alters the structure of the beta-amyloid oligomers that make up brain plaque. Thus altered, the oligomers are less binding and toxic to neurons (nerve cells) and are more likely to be cleaned up by the body’s immune system. 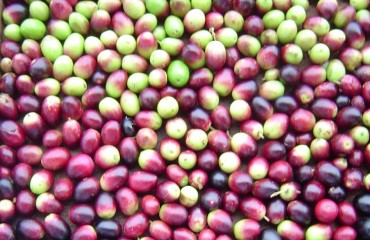